Share your fembot fiction and fantasies here or discuss the craft of writing by asking for or giving suggestions.
Post Reply
11 posts • Page 1 of 1

Hi Im new here. Kinda wanna post a story Im working on quite awhile, Im already at Chapter 4 or 5, but I feel like it isnt really great. Im not really a good writer and I usually do this for the fun and all but that leaves to some bad writing skills. I know there are people who would proof read or edit it, but I dont want to add more load to them in a way. Im thinking if I should revise again at least, so for anyone reading this, do you have any tips?
Top

Without knowing the piece, how could anyone give advice?
Top

Post what you have now. That's the only way anyone can give you feedback on your writing.
The main advice I give writers here is:

a: Try not to write the great novel. You might have some epic ideas, but don't try writing an epic all at once. Take it little by little. Write it in chapters or very short novella formats. Most of us won't make it through J.K. Rowling sized texts anyhow. So cut it up into more easily digested parts.

b: Don't write too many characters. The audience will get overwhelmed and start losing track of who's who. Writers who've been at it a while (George RR Martin) can get away with a ton of characters. But even he takes a good long while to tell his stories.

c: Use good description. The more description you write in, the more immersive your work becomes. You can overdo this, so be careful you aren't making the story drag by describing the same things over and over.

d: Not getting feedback doesn't mean people didn't like it. Our group is pretty quiet and introverted. Most of us have to hide our fetish from everyone, including spouses, family and friends. We're not used to being open and some of us don't like to discuss it, even on a forum. If you don't get immediate feedback, don't get discouraged. Likewise if you DO get feedback, take it for what it's worth and appreciate the fact that someone took the time to talk to you about it.

"Individual science fiction stories may seem as trivial as ever to the blinder critics and philosophers of today. But the core of science fiction, its essence has become crucial to our salvation, if we are to be saved at all." - Isaac Asimov
Top

I'd say post the stories you have written! People on the board almost always provide great feedback so you know what's working versus what needs work!

I few tips that I (try) to apply myself are as follows:

2. I like to put two line breaks between chunks of writing to make it more readable (like I'm doing now). Giant clusters of text without line spaces are super difficult to read and often will make it more difficult for the writer.

3. Read some of your favorite pieces of writing (whether it be fembot related or not) and take notes on what you like about their writing style. Then try to incorporate that into your own writing! I have a spreadsheet of ideas/phrases/wording/writing tips that I've put together from my favorite stories on this site and the wiki. I often have it open up on my other monitor when I'm writing.

4. Write Write Write! Practice makes perfect they say - I think you'll find that the more you write and post (we always love having new content on the site!) you'll find your strengths and weaknesses and become a better writer over time!

I'm a less than sub par writer at best but one of the most practical pieces of advice I've heard was from Stephen king.
"Omit needless words".
I've heard many successful authors say that his book "On writing" was invaluable to improving their skills.
Top

For me, just write.

Ive tried to plan out twists and turns in a story and it always ends in failure. Some of tue stories ive gotten the best feedback on were stories that had a one sentence premise, that i just ran with. You can always go back later and change something to make it fit with future events.

Also, if you want to try and write a story with a twist. Trust me, we know the woman is a robot. Everone here assumes all women in any given story might be a robot.
Top

Find out what kind of writing style you're good at, and focus on that.

Have a beginning, middle and end planned out to use as guide points to work towards, but don't be afraid to change them as the story develops.
All criticism of my work is both welcome, and encouraged.
Top

I usually need a scene in mind and an idea. The idea gets me going, and the scene is the destination I'm shooting for. It works fine for very short stories, but I struggle a bit with longer works.

Otherwise, I agree with what others have said. Just write. It might not be great. My lumbering early works are recorded in perfect fidelity on the wiki. But writing lets you start to get better. 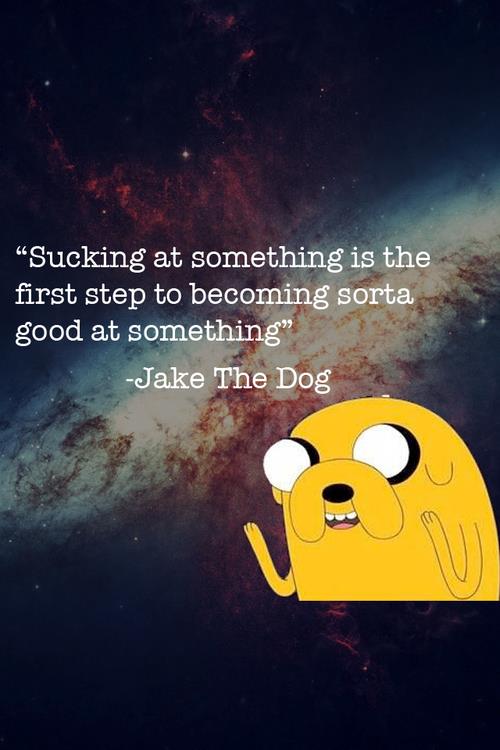 One piece of advice I like was that once you start writing, just write. Don't go back and edit, just keep on going. It's better to have 3 pages done badly than 2 lines perfectly. (I don't follow this advice all that well, but I'm working on it). Then once you have a basic story hashed out, go back and start editing. Chop out anything that doesn't advance the story. Does the reader really need to know how carefully Sam brought the spoon of soup to her mouth? No? Chop it. Deciding what's necessary or not is naturally an extremely personal decision, but in general the more you tighten up the story the better it will read.

Another classic piece of advice is "show, don't tell". That is, if Sam is a very careful person, and it's important to the story that we know she is, then don't just say "Sam was a very careful person," but instead come up with a way to show Sam's carefulness. "Joe leapt from rock to rock, and was half way across before Sam found her first foothold. 'You're going to fall!" she called. 'So what?' Joe asked. He picked a larger rock and turned to face his companion. Sam was gingerly testing her next step with a toe. 'I'm not the one who shorts out if I do. Hurry up, slow poke!'"

But again, that's something that comes with experience. It took me awhile to really understand, and by 'took me awhile', I mean I had to write some bad stories and read them before finally realizing what, for example, 'show not tell' actually meant, and I'm still slow at it.

Post away! The worst that happens is you learn doing it.
Top

Everyone else has given excellent advice. My own addition would be to wait a week before returning to edit your first draft of a story. Even after several days there's still a tendency to read what you meant to write as opposed to what you did write, but I find that a full week usually allows me to approach the draft more like I'm reading someone else's work (i.e. objectively).
"So through endless twilights I dreamed and waited, though I knew not what I waited for. Then in the shadowy solitude my longing for light grew so frantic that I could rest no more, and I lifted entreating hands to the single black ruined tower that reached above the forest into the unknown outer sky. And at last I resolved to scale that tower, fall though I might; since it were better to glimpse the sky and perish, than to live without ever beholding day. " H. P. Lovecraft
Top

Best way to learn how to write?

No, seriously, read some other people's work. Here on the boards and in general, books and other short stories and the like. It's often times how I get inspired to write in new styles, get inspired for story ideas and the like. It helps me tremendously, and it can be a very good way to narrow your narrative focus and refine your style.
"If the time should ever come when what is now called science, thus familiarized to men, shall be ready to put on, as it were, a form of flesh and blood, the Poet will lend his divine spirit to aid the transfiguration, and will welcome the Being thus produced, as a dear and genuine inmate of the household of man."
- William Wordsworth
Top

While I'm not prolific by any stretch, I wanted to chime in about fetish writing in particular. If you want to reach a broad audience, refrain from unnecessary specifics. This goes against the idea of copious description, but I think it works for fetish writing. This place is all about robot women, but everybody has their own idea of the "best" robot woman.

So if you're writing a story about a robot secretary, I think it's undesirable to go into specific (human) body characteristics. Talk about the control panels and programming and such. Avoid body type, hair color, ethnicity, etc. The reader will fill in their own fantasy for the human characteristics. Even skin (if it's not pivotal in the story) can be left un-described–I've read some stories where there was no need for the shiny chrome body (not appealing to me) so by omitting that detail, I can fill in my own soft plastic skin, and the chrome aficionados can make a shiny silver body, and the gold fetishists can make a shiny gold body, etc.
May your deeds return to you tenfold,