Share or request information and reviews on various forms of fembot media.
(Please use the search option before requesting a review as it may have been covered in the past)
Post Reply
39 posts

So I think we could use a unified comics ("graphic novels" if you're an insecure snob) instead of scattershot threads, and I'll open it with some bande dessinÃ©e digs.

In addition to MÅ“bius, Janjetov and Gimenez's lush visions and Jodorowsky's priapic headtrips, the Incal/Metabarons universe features homeoputes, custom-made-to-order robotic sex workers. They're more background texture than anything, but it's still a cool find. 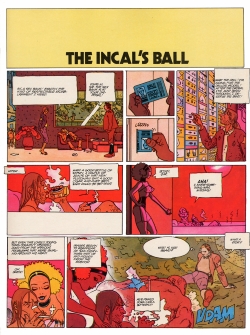 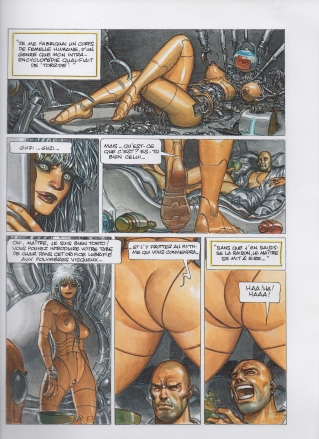 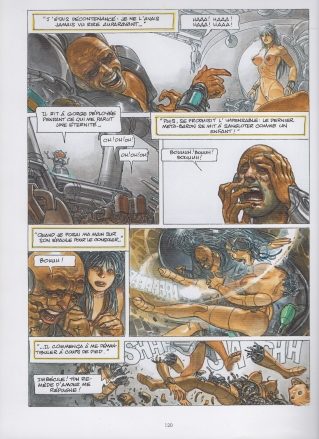 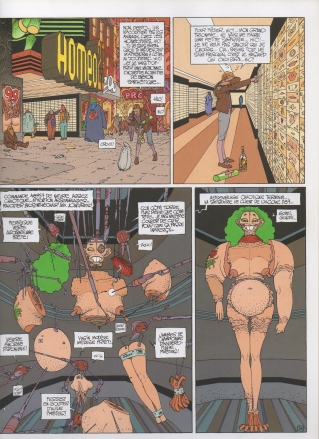 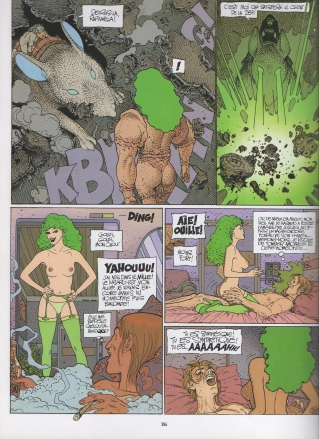 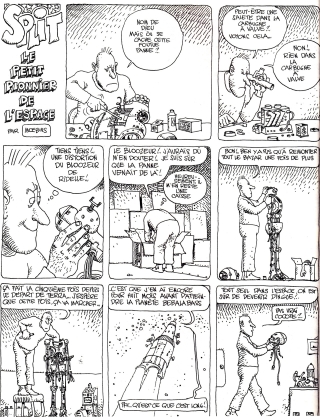 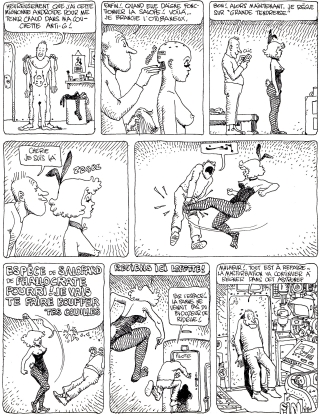 There's definitely more to find at the library, as I remember Golden City and probably some of Enki Bila's work featuring female robots.
FW user profile

Nice finds! If I remember right, the old Gynoid Gallery had a couple of panels from that last one on the front page for years back in the old days.

What does everyone think? Should we have a sticky-post for comic finds? Do we have enough of them regularly?
Look what I did!
Top

Oh absolutely!
"Individual science fiction stories may seem as trivial as ever to the blinder critics and philosophers of today. But the core of science fiction, its essence has become crucial to our salvation, if we are to be saved at all." - Isaac Asimov
Top

I've got three good ones.

Ultimate Vision (Marvel, Issues 0-5). In the Ultimate-universe, Vision is a gold female robot, instead of a pink mandroid. The art in this series is very well done.

The Terminator: Death Valley (Dark Horse, Issues 0-4). Another good one with solid art, though not in the 0-issue. The premise is that two T-800 Terminators (one male, and one female) are sent back in time to assassinate John Connor, except they mistaken start hunting the wrong family.

Here's a link to a nice comics' depo:

Hello everybody! It is I, your friendly community member potato-man, KinoLangDanzel, returning from an extended vacation (just recently moved and had installed the Wi-Fi just a few hours ago). Anyway I got 2 comic finds.

-Venom: License to Kill Issue #2 & #3
http://readcomiconline.to/Comic/Venom-License-to-Kill
Oddly, they refer to themselves as 'cyborgs' when their master clearly called them 'androids'.

-Spider-Man: Legacy of Evil
http://www.marvunapp.com/Appendix4/goblinwomen.htm
The link above just goes to a page dedicated to the gynoids that appear in the comic.
I can't find any free reading sites with that comic, so if anyone has it/can find a site that has it (not buying it), please send screenshot images/pics to FembotWiki.

See ya and hope this helps.

My Friend: "There are 2 kinds of people in the world, those who suck and those who don't suck. You, my friend, suck."
Me: *puts on sunglasses* "And you swallow."
YEEEEAAAAAAAAAAHHHH

Amazing find with the Venom comics~ either those girls are self aware and disagree with their "master" or the writers can never decide on what their designation cyborgs or androids, truly is.

Same problem in the latest "Weapon X" series. At first the assassin androids are called that and talked about as mere robots, then later its noted they were humans converted to compete robots. Then the whole subject dropped outside of Stryker himself.
Also in the Japanese manga "Cannon God Exaxxion" The professor's "harem" are at first described as all androids (except one human girl) then later without any clarification it seems the writers changed this and the entire girl squad are humans but have android "doubles" I hate these continuity-shattering changes on a whim.
I thought this could be a mere mistranslation, but the Japanese version (which Ive read to double-check) makes the same changes mid-story. Except for the "Character introductions"
Top

Found a new one.
Star Lord & Kitty Pryde #2
http://readcomiconline.to/Comic/Star-Lo ... 2?id=60300
Featuring robotic doppelgangers of the New Mutants called the New Mutdroids. Two female robots here but the robot version of Majik is the more human looking of the two.
My Friend: "There are 2 kinds of people in the world, those who suck and those who don't suck. You, my friend, suck."
Me: *puts on sunglasses* "And you swallow."
YEEEEAAAAAAAAAAHHHH

Superboy and the Ravers #12, robot named DJ which is destroyed and facemask retained afterwards.

I found this admitedly awful comic with a fembot:
http://readcomiconline.to/Comic/Heroes- ... ?id=122968
Top

I stumbled upon a pretty new comic, "Brilliant Trash" only has 3 issues out and still world building but they introduce a fembot/cyborg (unclear at this point) who already has demonstrated many of her robotic capabilities as well as constantly talking like she is stuck in a medical drama... as well as some robot speech. Most we have is she calls herself Diane, no other background to her yet, as of now just a random bad guy out to kidnap the protagonist. So we'll see if she becomes an integral part of the story or is just a one-off.

Excuse me, Have anybody find a comic called "Metal K"?
Top

Ive searched high and low for that comic as well.... and I speak Japanese, but it seems like a super obscure manga to the Japanese as well... with only occasional mentions or references to it by other artists. It seems it was featured in some shonen jump back in the 80s but it never caught on.
Top

French comic.
Girl with the sparkly hair, who seems to be the titular character is a robot, though only the sparkly hair and stuff with her eyes seems to show it.
All criticism of my work is both welcome, and encouraged.
Top

There's apparently more of this (a mini series with the subtitle "killer's lust"), but I can't find it, if anyone does, please post it here as well.
Top 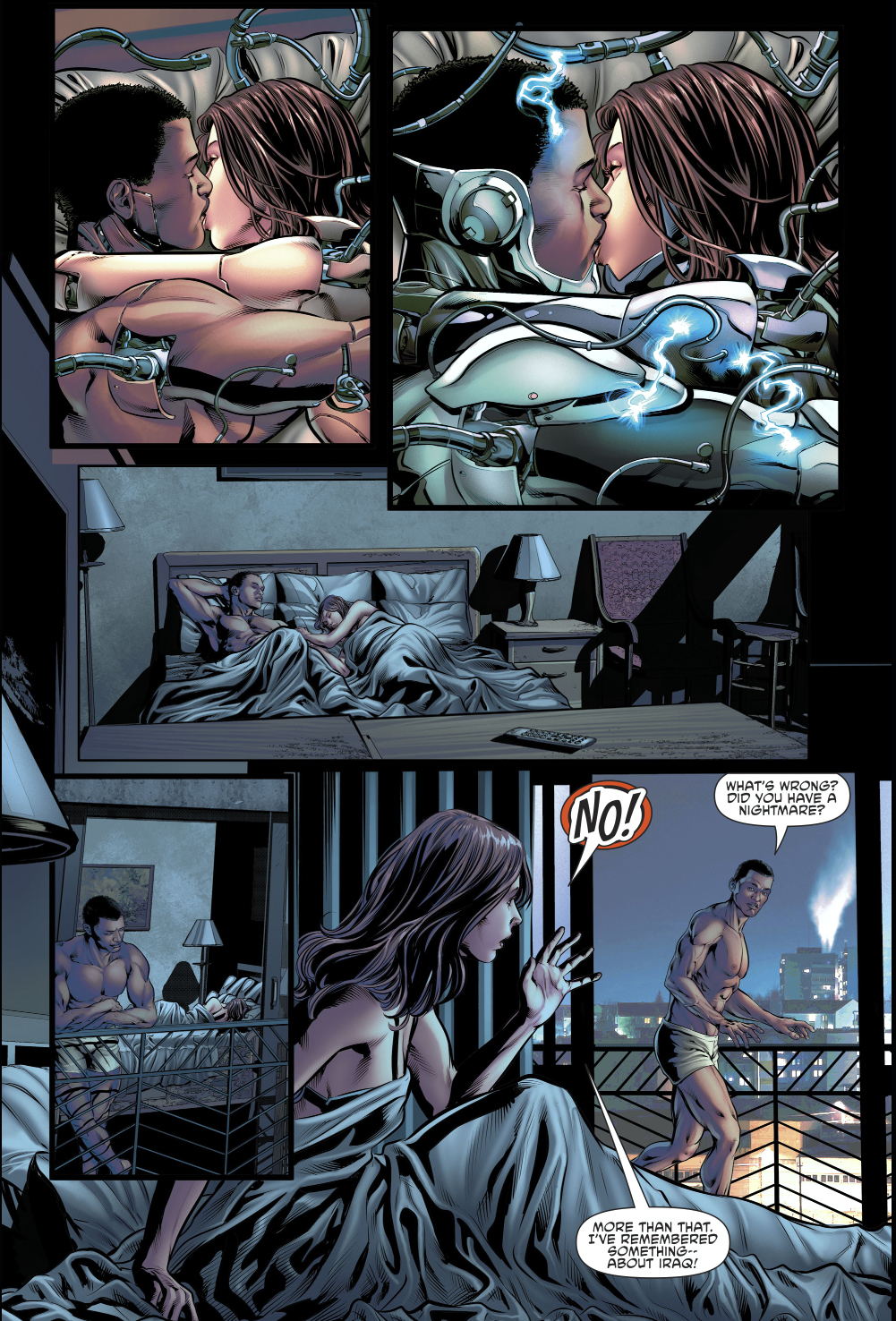 "Individual science fiction stories may seem as trivial as ever to the blinder critics and philosophers of today. But the core of science fiction, its essence has become crucial to our salvation, if we are to be saved at all." - Isaac Asimov
Top

That's awesome being looking for that something like that for ages.
Top

Hello! It is I, your friendly neighborhood potato-man.
I’ve come to post two comic finds that I found quite some time ago and completely forgot about ‘em.
-Threshold = The fembots name is Ilda (blonde hair w/ lights on her body) who’s an Assistant robot to Star Hawkins. She does appear before issue 4 but this issue has quite a few nice scenes. She appears throughout the comic but in a later issue she loses her body in an explosion. Heads fine though.

https://readcomiconline.to/Comic/Thresh ... 4?id=73904
*Side note: The comic was cancelled in its 8th issue which is quite sad.

-Lobo’s Big Babe Spring Break Special = Geez that’s a long name but anyway. I could’ve sworn I’ve seen some images floating around FembotWiki which got me interested in finding this in the first place. The fembot is a silver skinned one with a red visor. Sadly she explodes herself. Heads not fine though.

Hope this helps, everyone!
My Friend: "There are 2 kinds of people in the world, those who suck and those who don't suck. You, my friend, suck."
Me: *puts on sunglasses* "And you swallow."
YEEEEAAAAAAAAAAHHHH

"The Synthetics #0" ... on Kickstarter. 16 days to go to hit their goal. It's a prequel about a Martian sex robot: 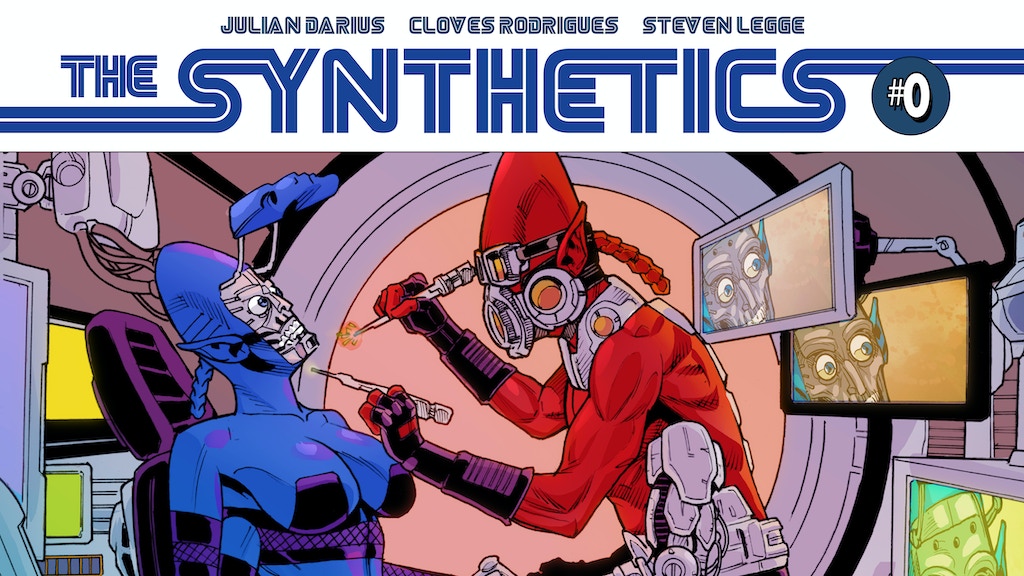 Thanks for the heads up 33cl33. Looks like they are still a ways from their goal, but I backed it. Hopefully it helps a little.
"Individual science fiction stories may seem as trivial as ever to the blinder critics and philosophers of today. But the core of science fiction, its essence has become crucial to our salvation, if we are to be saved at all." - Isaac Asimov
Top
Post Reply
39 posts