General chat about fembots, technosexual culture or any other ASFR related topics that do not fit into the other categories below.
Post Reply
11 posts • Page 1 of 1

So, I used to have a laptop.
I did all my drawing there and Life was good.
then I saw some other users at fembotwiki had original looking galleries.
"this is neat I want to do something original too" I said
by trial and error, I managed to "learn" how to edit my gallery in a way that I found interesting without knowing anything about web page making.
And I was like: 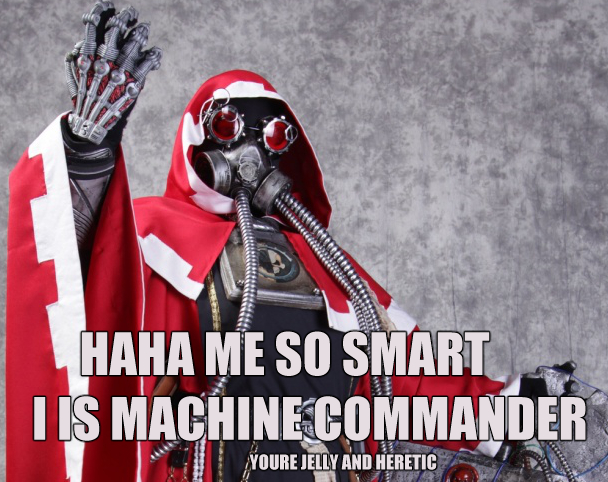 But then I got a desk PC and apparently monitors got different...um, "resolution", and I just learned the horrible truth because of my tampering Í¡Â° ÍœÊ– Í¡Â°
It doesn't look anything like on my laptop anymore. 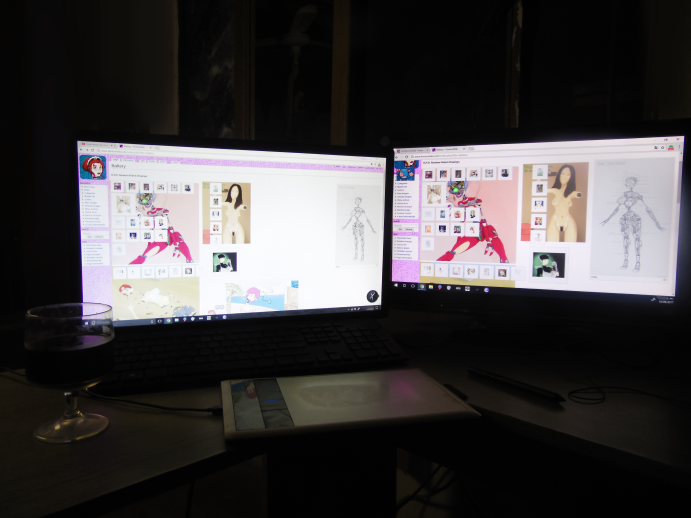 SIGH.
this is not acceptable for me~
so now I got to reorganize this stuff.
I was told already that I shouldn't use [intelligible computer science technical term] to edit [css?][code?]
I was wondering if anyone could share some tips in order [to make what is seen on one screen look the same way on the other one]
I am positive And I want to think there is some "code" that would allow me to make everything look "equal" so what is seen on a pc looks the same on other, for example, like in a cellphone, that it just look smaller but the same way.
...
I don't know anything about web page terms...
any information would be grand.

don't you hate when people call themselves perfectionists as if it was a virtue?

oh~
I will try copy and paste the source info from the front page!
that page is the same in any screen or device!

Errr...I don't know why but now the navigation bar is disabled if you visit my gallery...
I better go sleep.
Regards! The navigation bar appears fine on your gallery page for me. Were you referring to a "table of contents" item? Because you can put one anywhere on your page by including the line:

wherever you want it. If you copied some of the MainPage wiki markup, you might have copied the "__NOTOC__" tag that excludes it.

And my quick and dirty fix for different resolutions is to make sure that a page can be viewed on a relatively small screen - around 1024 x 768. That doesn't take advantage of most screen resolutions and sizes that people use, but it prevents most viewing problems on smaller devices and when not in fullscreen. Text and the wiki's built-in "<gallery>" feature will automatically expand horizontally to fill the screen unless told not to (like on the MainPage).

I don't know how much CSS can be integrated to work on FembotWiki... but feel free to keep trying stuff. Also, keep in mind that while you're editing, you can use the "Preview" button to see what things will look like, rather than saving your edits to find out.

--Battery-- wrote:oh~
I will try copy and paste the source info from the front page!
that page is the same in any screen or device!

That would be fun to wear lol
I'm just a 'girl' who wants to become a fembot whats wrong with that?
Top

Hi Robotman, I mean this thingy 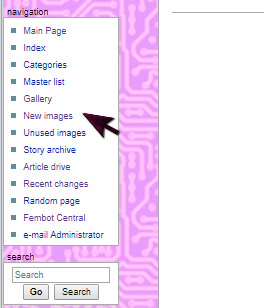 for some reason, it has become inactive in my gallery.
But it's okay, I dont feel like deleting what I have done so I guess I'll have to put something in there to hide it and make it look intentional.

That's very strange... it shows up perfectly for me in two different versions of Firefox. Anybody else have a problem seeing the navigation bar on Battery's gallery?

In fact the only problem I can see is you haven't uploaded any new art lately. 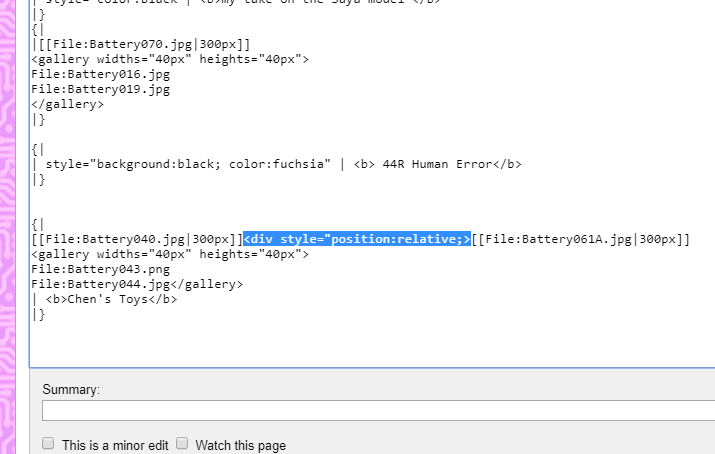 with enough prayer and the proper rites I found out that this line was the one causing the problem.
Solved~

I'd be no use to help, I'm more into technology being used on me, than me using it!

I'm just a 'girl' who wants to become a fembot whats wrong with that?
Top

Praise the Omnissiah! : D
"If the time should ever come when what is now called science, thus familiarized to men, shall be ready to put on, as it were, a form of flesh and blood, the Poet will lend his divine spirit to aid the transfiguration, and will welcome the Being thus produced, as a dear and genuine inmate of the household of man."
- William Wordsworth
Top